Early the next morning the lead lady of the four, let’s call her Carmen, Carmen comes to the little gaol in the castle and says “listen, we heard you complaining all night, what the hell is the matter with you?”

“This is your own fault,” points out Carmen.  “You killed Mrs. Sir Ablamar, and she did nothing to you, nothing to deserve it.  Mrs. Sir Ablamar was a fine woman!  You’ll suffer for what you’ve done, in this world and the next!  Boo!  Boo!”

Gaheris may or may not join in, Malory doesn’t say.

“Anyway, are you truly related to King Arthur?” asks Carmen.  “Last night you kept bawling out how this shouldn’t be happening to you because you’re related to Arthur.”

“Yeah, so what, leave me alone,” says Gawaine.

“What’s your name and how are you related to him?”

“Fine then, I’ll just have one of my four knights — all of whom are grumpy because your caterwauling kept them up all night, by the way — pay you a visit with, say, this executioner’s axe.”  Carmen hefts the weapon threateningly, then remembers that what with this being Malory, women aren’t supposed to touch weapons, and she sets it down.

“So Arthur is your uncle, and a blood relation,” muses Carmen. 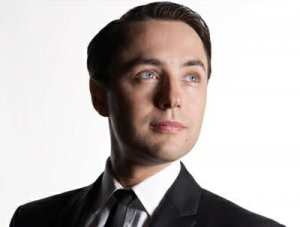 This is how I’m visualizing Gawaine.  I admit I’m starting to find him tiresome.

Carmen goes and has a chat with the other three ladies and four knights, and none of them want to be on Arthur’s bad side, so they decide to just send him back to Camelot and hope for the best.  They put him back on a horse, with Gaheris, and with the body of Mrs. Sir Ablamar, so that Arthur will see what a terrible thing Gawaine did.  Sort of like sending a kid home from school with an F on a test and a demand for a parental signature.  Gawaine demands the white hart, since that was his quest in the first place, and Carmen reluctantly hands that over, too.

CUT TO Camelot, where Merlin has cast zone of truth on Gawaine.  Gawaine spills out his entire shameful, shameful story, with the lack of mercy and the killing of Mrs. Sir Ablamar, and all.

Arthur is furious.  “First of all, no more killing ladies for two weeks.  No, no, a month! Furthermore, I want a written apology to Mrs. Sir Ablamar!”  Arthur has never had to discipline a knight before, doesn’t really know how.

“I’ll handle this.  And by the way, I can’t believe I finally get lines,” says Guenever, “and this is the context. I didn’t expect a rose garden, but I did think I’d be in the loop at least.”  Guenever snaps her fingers and a cadre of her ladies-in-waiting appear.

“Ladies!” she cries, pointing to Gawaine.  “You see this miserable specimen of the knighthood?  I’m releasing you from all your usual waiting duties.  You have a new job.  Follow this one around, for the rest of his life, and make sure he’s being kind, gentle, virtuous, and above all courteous to ladies, at all times.  His parole begins immediately, you are his parole officers, and will continue as such until you retire, in which case we’ll name replacement parole officers, until such time as Gawaine dies, probably of shame.  The only time he is ever permitted to act against any woman is if another woman tells him to, such that he as her champion fights another lady’s champion.  I, Guenever, have spoken. So mote it be!”

“And that is how you make a speech,” says Guenever.  “You’re welcome.”