It’s at about this point that King Ban gets spotted by King Lot and Mister 100 and the rest of their team.

“Ban and Bors are the two best men on the Continent,” says King Lot. “We can run away from them, or we can try to take them out, or, I don’t know, some third thing. We can’t just ignore them, though, because they’re cutting our guys to shreds. You know we had them outnumbered like 3 to 1 and now it’s basically even?”

Mister 100 mounts up and rides at King Ban, who is indeed cutting the opposition to shreds. Now Mister 100 is pretty awesome, and King Ban is also pretty awesome, so long story short they have a great fight with lots of reversals and horses getting killed and armor getting ripped off and it goes on for a while and then King Ban gets lucky and clocks Mister 100 on the side of the head and Mister 100 goes down.

Arthur comes up and gets Ban a new horse and apologizes for letting Ban get as badly smacked around as Mister 100 smacked him around, and Ban is all, you should see the other guy. 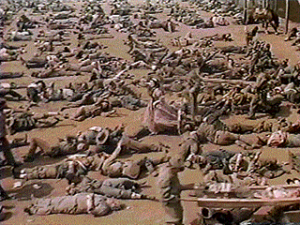 And then… I’m going to quote Malory again here. “But when King Ban was mounted on horseback, then there began new battle, the which was sore and hard, and passing great slaughter.” Things are getting bad, is what I’m saying. Tens of thousands of guys are dead, wounded, or thoroughly demoralized. In the thick of it, Lot and Mister 100 and the other nine kings (really eight kings plus the Duke of Camebert) roll up together.

They haul out, retreating for the night — yeah it’s night again which means it’s been twenty-four hours of constant violence — and the eleven kings and their tattered force circle up and sleep like dead men.

“Yeah, well, they all hate me,” says Arthur.

“Try to look at it from their side,” say Ban and Bors. “Y’all are enemies. If we were enemies, I’d hate you too. It’s only natural.”

Meanwhile over the river and through the woods, Lot and Mister 100 and the others are holding another strategy session. “So that plan I had a while back for splitting our forces in half and flanking them, that didn’t work,” says Lot, “on account of we couldn’t get it together to try it. Here’s my new idea: we ride around, hit and run, shock troops with the cavalry. It worked for Arthur’s men when they started this battle, going on thirty blood-soaked hours ago. Now our big trouble has been our dehorsed guys and footmen; we keep trying to rescue them and getting them new horses and it’s just throwing good money after bad, manpower-wise. So I propose, a guy gets dehorsed, he’s on his own. There’s plenty of brambles and thickets and woods, a dehorsed guy can run into them, circle around, ambush; let’s not run in rescuing one another. It’s causing more trouble than it’s fixing.”

“Also,” says Lot, “morale among the men is pretty low, so if you see anyone fleeing, cut him down, otherwise he’ll start a panic and all the men will run.”

But, yeah, it has really come to this, so Lot and Mister 100 and the other kings all agree to adopt these new rules of engagement, for the incipient battle. Which is really just Day 2 of the continuing battle.

In the morning Arthur, Ban and Bors mount up with forty of their best and least-dying knights, which number includes the old firm of Ulfius & Brastias, Kay and the caterers, Ector, Lionses & Phariance, and a whole pile of other dudes. They give a big cheer and morale is high and they heft their spears and ride off at speed to hunt down Team Lot & Mister 100.

Team Lot & Mister 100 are ready and desperate, so they’re mounted up by dawn, too, and they ride at Arthur’s knights with their own host (what remains of it) and everyone whose name has been mentioned so far gets all crazy-go-nuts and kills a mob of dudes.

Ban and Bors, at one point, are exchanging glances and looking sidelong at Arthur and muttering to one another that they knew, coming in, they knew that Englishmen were bloody-minded violent thugs who speak the language of slaughter, but they hadn’t realized just how loony they are.

So slow-motion pan of Arthur and his best guys finally coming right at Lot and Mister 100 and their guys, and roaring of the soldiers and the spears coming up, truly, this will be the final and climactic exchange…

And boom comes Merlin out of nowhere, on a big black horse-shaped object, and Merlin is like, “everyone! The fight is over! I declare it a draw!”